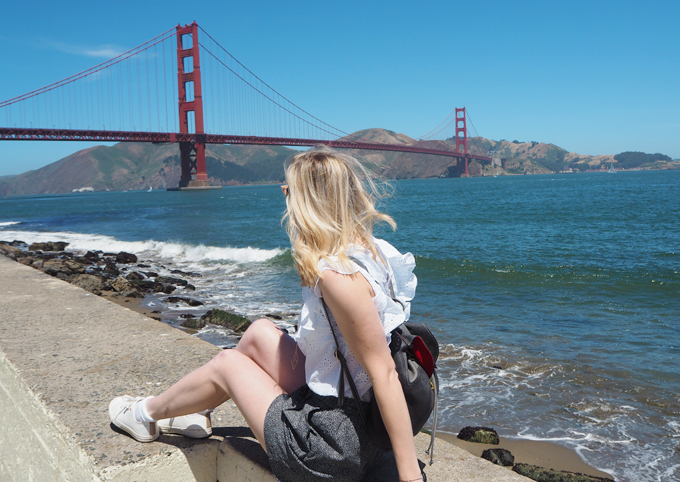 So after a whirlwind few days in LA, we landed in San Francisco and checked into the amazing Alise hotel. This was by far my favourite hotel during our stay in California, it might have something to so with the giant crocheted pineapple we were greeted by in the lobby, but I don’t know… The hotel is part of the Stay Pineapple group and the fruity theme ran throughout the hotel and rooms. Our room was small but the space was used well and it didn’t feel cramped due to the light decor and large mirrors, we loved the little added touches of the pineapple embroidered robes, wallpaper and cushions which made it feel special. Every little detail was thought about within the hotel, things like free rental bikes made our stay even more enjoyable. We love getting outside to explore a new city, and the bikes were perfect for getting about. We rode all the way along the coast from our hotel to the Golden Gate Bridge and back within a morning. 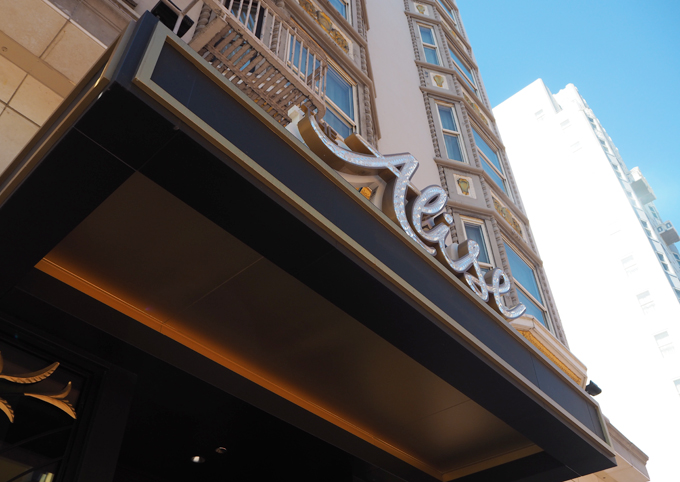 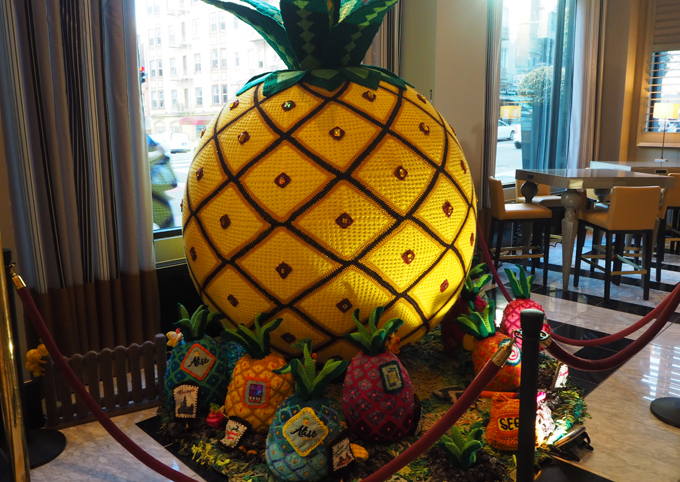 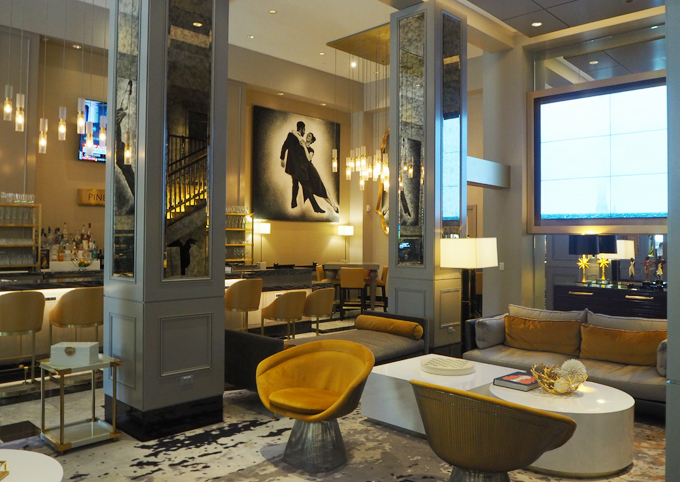 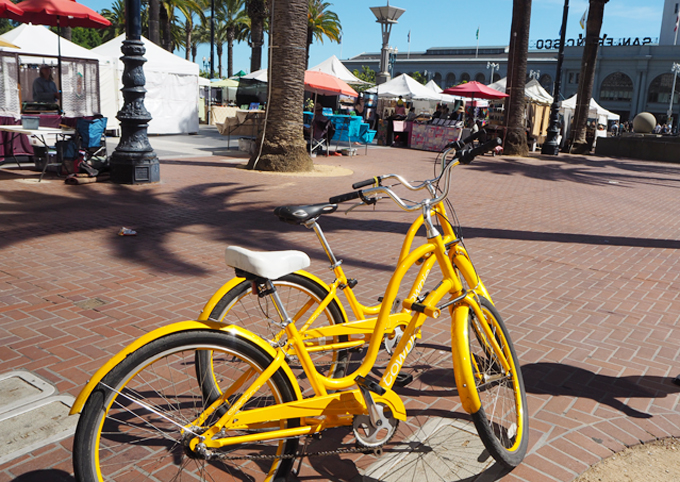 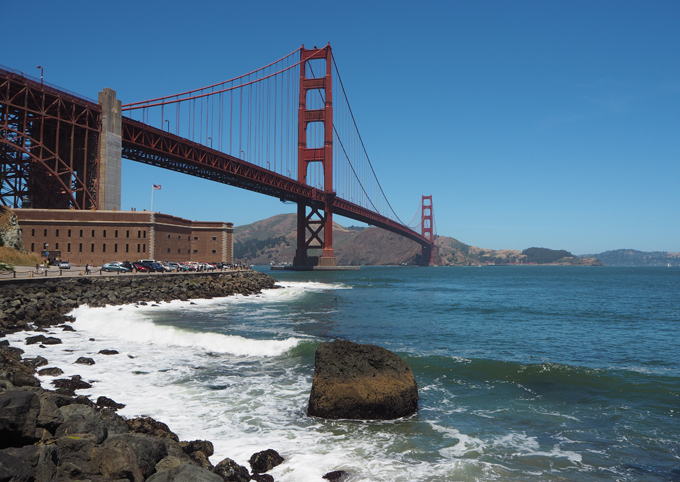 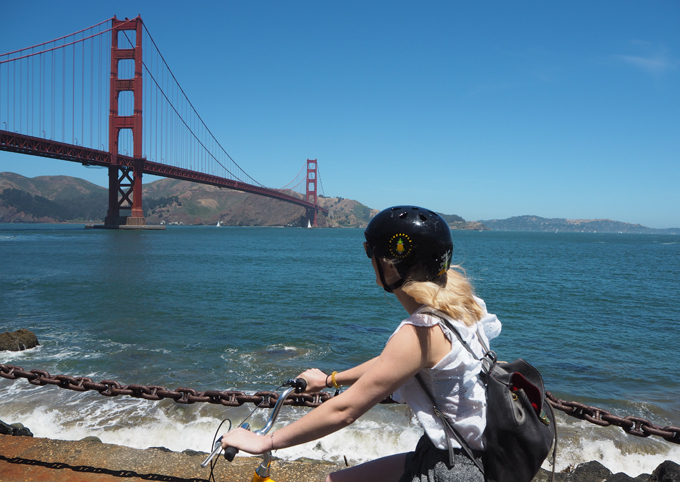 On the way back from the bridge we stopped off at pier 33 to catch a ferry to Alcatraz island, a short boat ride away from the mainland. I was blown away by the beauty of Alcatraz, both the views from the island and around it were breathtaking, well worth a trip if you are in San Fran. It is a popular tour though so booking in advance is a must, we didn’t realise and thought it was sold out, but kept checking back during the few weeks before our trip and managed to bag some at a peak time. 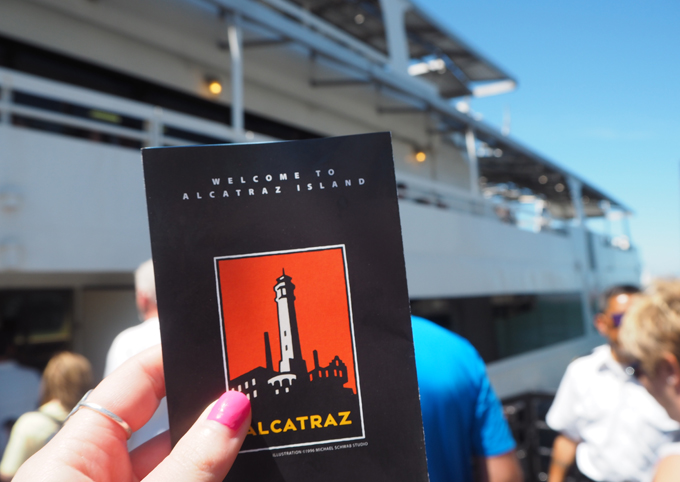 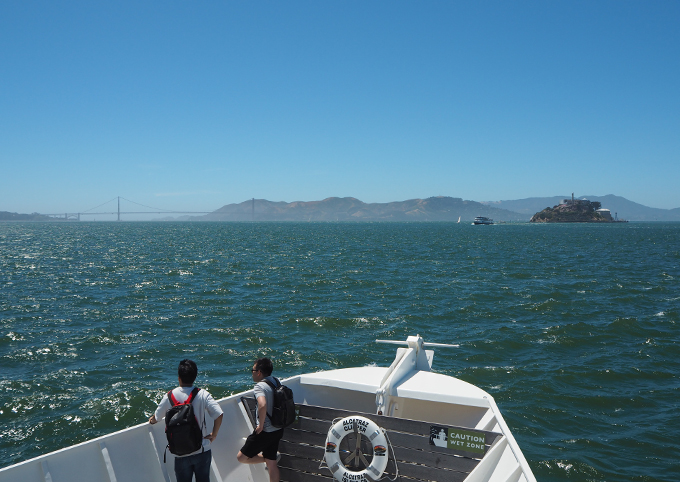 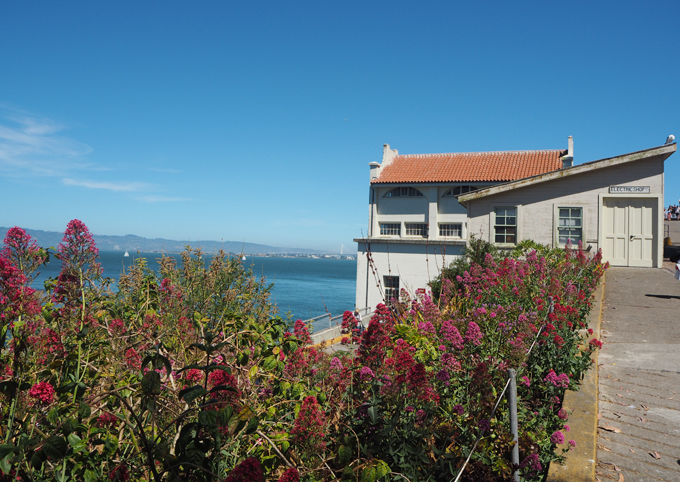 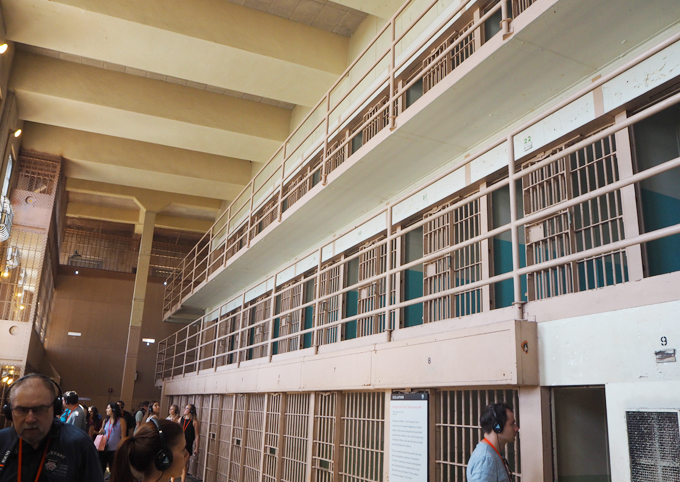 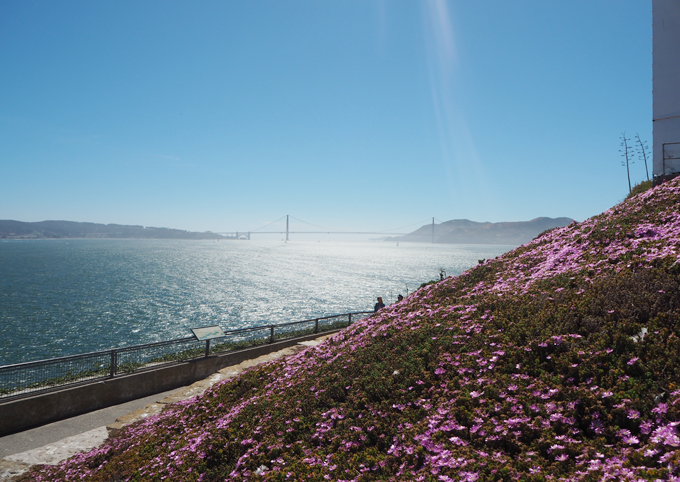 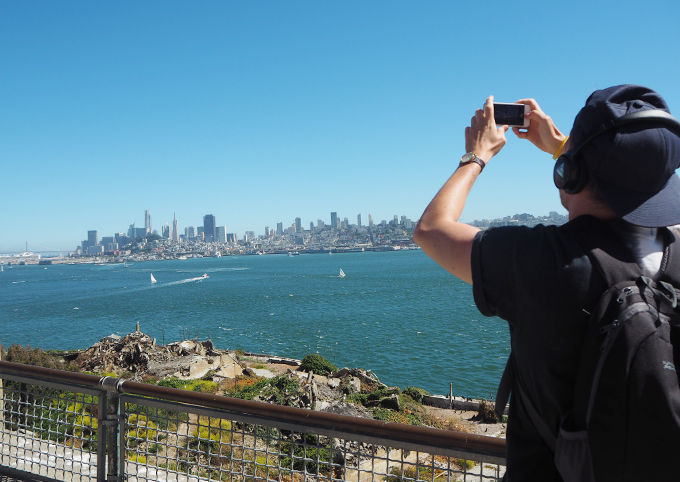 The next day we headed out on foot to explore the windy streets of San Fran, including the famous Lombard Street. A tourist hotspot, be sure to go early in the morning to avoid queues and too many people. Another highlight of mine was the Golden Gate Park, where we were able to grab an ice cream, lay back in the grass and watch the world go by. Perfect! There is Japanese garden there too, which is worth checking out, but you do have to pay an entrance fee to get into. 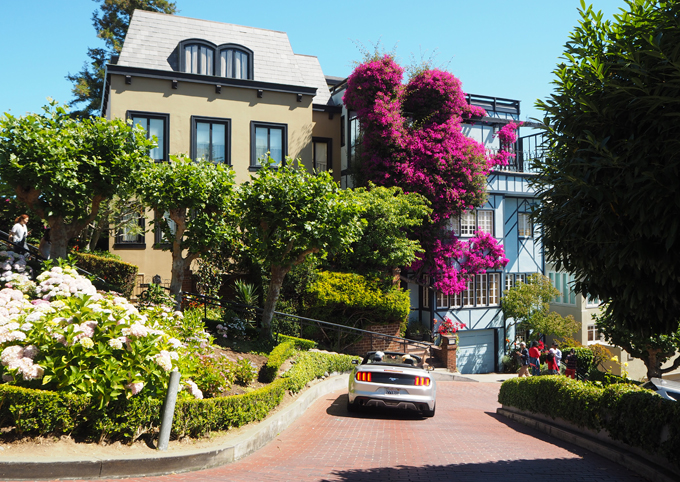 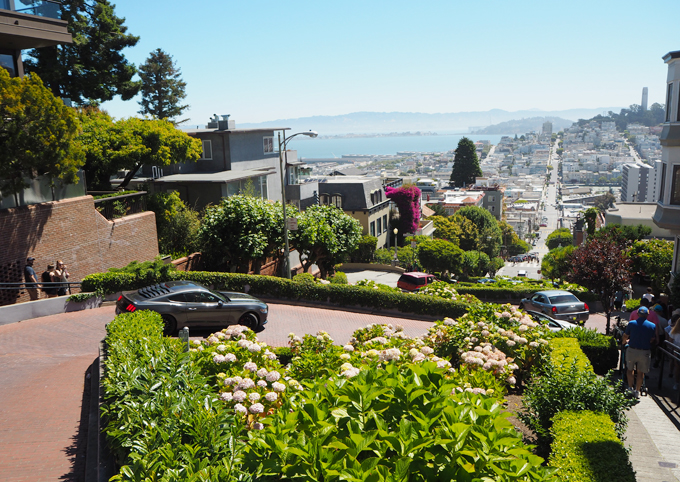 On our last day in San Fran we woke up early to catch a bus to Yosemite National Park, a four hour drive outside the city.

It’s been a dream of mine ever since I was young to visit Yosemite so I couldn’t quite believe we were heading there. We booked in advance through Viator trips and were really happy with the whole experience. It was just a one day trip excursion at £149 each which seems a lot but it would have probably work out the same or more expensive if we were to hire a car and drive ourselves. Plus we didn’t need to worry about parking, directions or park entrance fee on the trip, this was definitely the best option for us.

I couldn’t fault the tour driver either, he was a lovely chatty man who pointed out landmarks along the way to the park and stopped off at various stages for us to take photos. We definitely wouldn’t have known about the view points if we weren’t on the tour so that was a big plus. Once we arrived in the park we had a few hours to walk around and explore Lower Falls and the surrounding woodland and lakes.

It was such a peaceful and idyllic place I could have stayed for days. We headed back to the bus around four before setting off back to San Fran. Overall the trip was about thirteen hours there and back, a great day out if you are ever in San Fran. 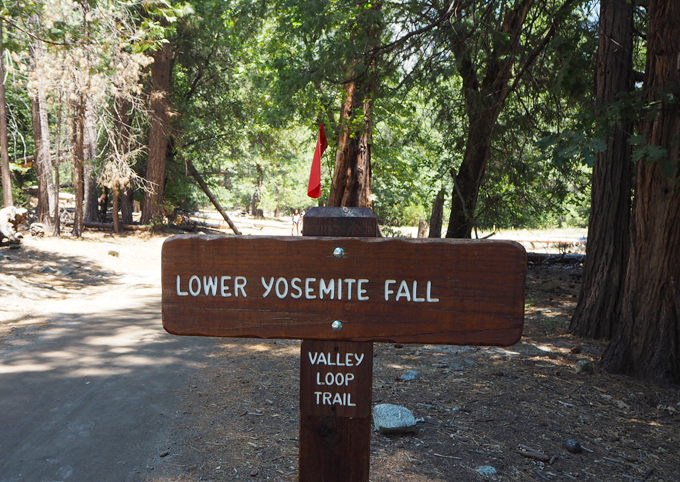 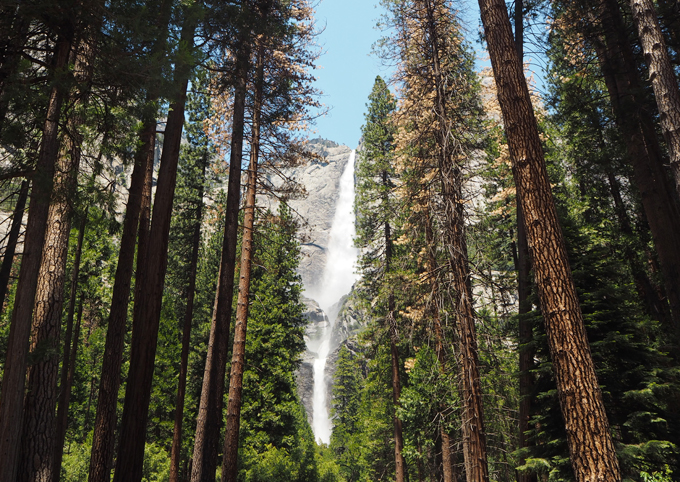 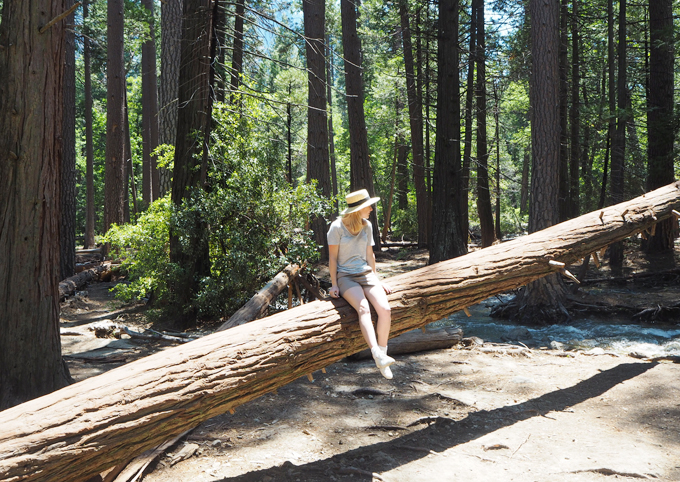 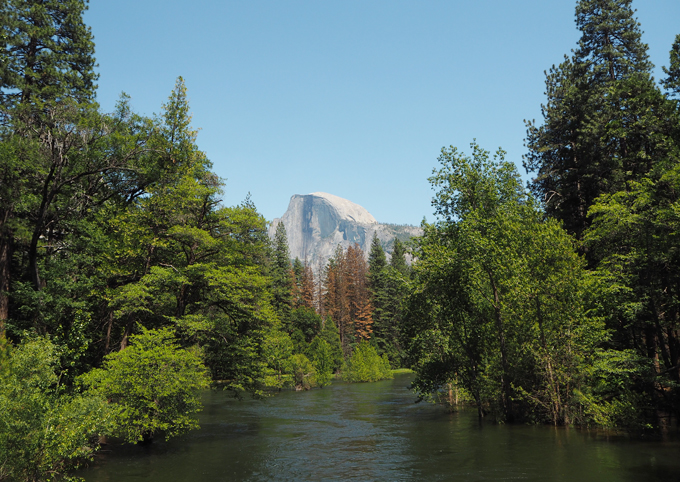 I think San Francisco was my favourite city on our California trip, it was colourful, friendly and easy to get around on foot or bike. I would go back in a heart beat. If you missed the first part of our California trip, check out what we got up to in LA here, or stick around to see my thoughts on Las Vegas…

Have you ever visited San Francisco?